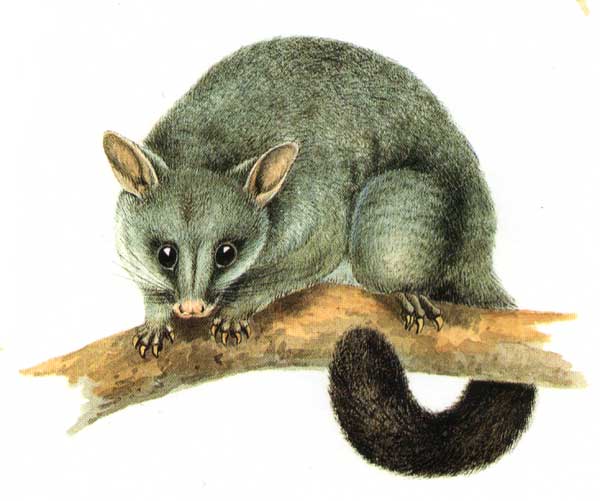 About two-thirds of Australian marsupials belong to the order Diprotodontia, which is split into three suborders: the Vombatiformes (wombats and the koala, four species in total); the large and diverse Phalangeriformes (the possums and gliders) and Macropodiformes (kangaroos, potoroos, wallabies and the musky rat-kangaroo).

The Vasse Wonnerup Wetlands in Busselton are also home for a number of marsupials, including both the Ringtail and Brushtail Possums.  The Western Ringtail Possum is listed as a vulnerable species and is found mostly in the south west of WA, with a strong population in the City of Busselton due to the high number of the possum's preferred peppermint trees.

Signs of Possums in the Home

Rats are often active during the day as well as at night, while possums tend to be quiet during the day and become active shortly after sunset. Possums leave a smell similar to sheep manure while rats and mice leave a strong urine smell,

If the roof cavity is accessible, you can distinguish possums from rats by their droppings. Possum droppings are the largest, about 2cm x 1cm, compared to the scats of rats, about 1.5cm x 0.5cm.

Trees that allow the possums to climp up to the roof must be cut back to prevent access.  Removal of overhanging branches from over rooves and vehicles can also present fouling with possum droppings.

Possums may be attracted by open compost bins or pet food so it is prudent to ensure that possums do not have access to these food sources.

At Southcape Pest management we understand the habits of the possums found in the south-west. We use that knowledge when developing a control program for your home.