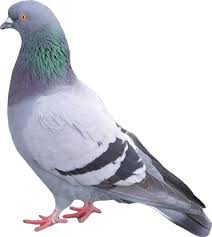 Whilst some birds only deliver a nuisance value by their scavenging and soiling of surfaces with their droppings or faeces, the pigeon represents significant health risk as they are known to carry over a dozen different disease organisms harmful to man, such as Histoplastmosis, Encephalitis and Toxoplasmosis.

Rainbow Lorikeets - were introduced into Perth in the 60s and their numbers have increased from a few, to hundreds, to where thousands of them make nuisances of themselves. They're so well established that eradication is no longer an option instead there is work being done to limit their spread. The lorikeets are noisy, aggressive birds which displace other native parrots. The planting of trees that are not native to Western Australia is a great habitat of food and shelter for them, thus causing major damage to the wine industry.

Sparrows - are fantastic hitchhikers - they like to catch rides on container ships and they commonly turn up in ports. Tree sparrows are declared pests in Western Australia and over the last few years sparrows have been discovered from Port Hedland through to Esperance. Sparrows have the potential to damage cultivated grain and horticulture crops, spread disease and compete with native birds for food. They can also damage buildings through nesting, roosting and feeding.”

Pigeons - The feral pigeon is a descendant of the domestic homing pigeons introduced to Australia from Europe in the 1600's.  Several traits have allowed feral flocks to increase in numbers and dominate the urban landscape due to the availability of food, fresh water and secure breeding sites.  As a result, there has been an increase in feral pigeon numbers in certain areas of Western Australia.  Pigeons cause a range of problems including damage to properties by pigeons roosting/breeding in roof spaces, rolled steel joists and inside factory units; hygiene concerns due to pigeon droppings in/on industrial, commercial, and domestic buildings and providing a vector for the introduction of weeds and disease.

Trapping, relocation or installation of an extensive range of physical products to deter and control problematic bird populations such as:

At Southcape Pest management we understand the habits of each of the many species of birds found in the south-west. We use that knowledge when developing a control program for your home.